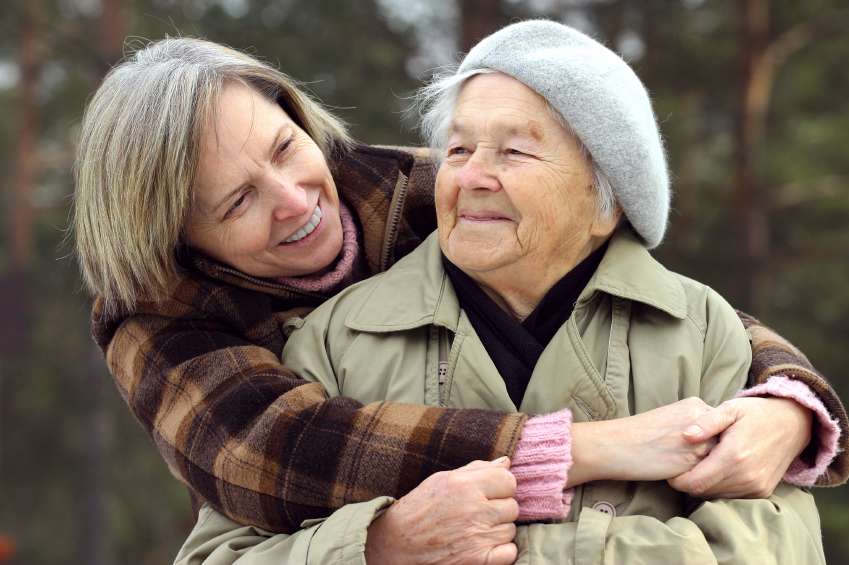 America is aging. Baby boomers are retiring. How do you analyze retirement income necessary for you to live? How much will you need to live off of in your retirement years?

There are a zillion articles on this but Kelly Green writing for the Wall Street Journal on December 21, 2013 has the best analysis that I have seen thus far on this topic.

A standard rule of thumb is that one will need to replace about 75%-85% of your income in order to live in retirement. However, that hard and fast rule seems to be changing to: there are no hard and fast rules.

Some recent studies indicate that retirees can live well on less than 75%-85% of their pre-retirement income, but that varies and is dependent on how much you spend on travel, expense of hobbies like golf, medical costs and other similar uncertainties.

The 75%-85% ratio works better for young workers who have no way of knowing precisely what their incomes or expenses will be as they get into retirement. But if you are closer to the finish line, you will need to figure out your replacement income or the percentage of your working income you will need for retirement. The first step is get a better idea of what your savings, pensions and social security will provide you during your retirement.

The amount needed differs widely among different people and different families: The variance can be as high as 20% (see David Blanchett’s report “Estimating the True Cost of Retirement”).

One couple interviewed in Green’s article said that they did not take a conventional approach to calculating their retirement income. The couple added up their expenses including contributions to health, savings accounts and long-term care insurance premiums, then they compared those costs with their pensions, social security and annuities. There were lots of variables but after crunching the numbers, they felt that they could meet their goals. If you want to figure out how much of your paycheck you would need in retirement, here are some of the most important factors to keep in mind:

If you are dutiful saver or you have children who will be at home until you retire, the paycheck you will need after you quit working could be significantly smaller than one required to pay your bills now. Whatever you put away for retirement while working effectively lowers your pre-retirement income and in turn would increase your post-retirement income. If you are putting away 15% into your retirement plan, that’s 15% of your income you will not need to factor into for your retirement. The same thing applies to the portions of your salary currently going to social security and Medicare taxes. Altogether, that could well be 20% off the top and that is gone. If you are saving in other ways as well, that is gone. 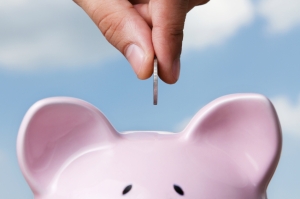 Other expenditures may also be lower in retirement: train tickets, commuting costs, gas, car wear-and-tear, dry cleaning bills, dining out, child care and college savings, as examples. The end of tuition payments could coincide with the start of your retirement if you have had children in your 40s.

On the other side of your ledger, if your job covers things like airline travel, golf memberships, meals out, newspapers and magazine subscriptions, on-site gyms or other perks, you will have to replace those expenses if you need them in retirement.

Most papers on retirement assume that spending increases every year by the rate of inflation. But actual spending of retirees seems to be different. Between the ages of 65-90, spending decreases in inflation adjusted returns.

Typical models would project that someone spending $50,000 on year one of retirement would need $51,500 the second year—if the inflation rate were 3%. The increase in spending is closer to 1% in fact in actual studies of spending which has big implications over the decades because these changes become cumulative over time.

One must also consider life expectancy. While Americans are aging, we are also living longer. Rather than using a 30 year retirement projection for both members of a couple, the probability of a retiree living to different ages based on the Society of Actuaries 2000 Annuity Table is high. However, there are many simulations of the probability of running out of money. When these calculations are applied, researchers suggest that a couple could withdraw 5% of their combined savings each year in retirement rather than the standard 4% traditional recommended by financial planners. That 5% would not have the couple running out of monies. If we would assume that spending would go down as some of the writers suggest, one could withdraw even more than 5% for the couple.

If longevity or short-livedness is prevalent in your family, then you should consider that deciding how much you can tap each year. 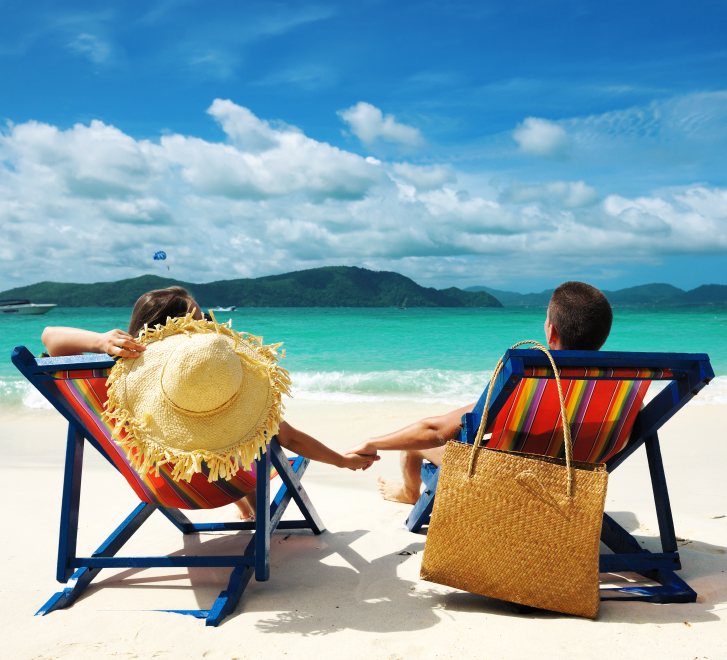 Lifestyle choices lead to the largest swing in spending. For example, golf vacations can be much more expensive than you initially planned. You really have to be a detective to understand and nail your spending. Are you going to have a vacation house? Or do you drink wine? How much do you spend on it? Do you have pets? Do you collect art? Do you go to a lot of movies? Do you gamble in casinos? Do you give lots of gifts to your kids? Do you give a lot of gifts to charity?

People do after retirement essentially what they did before retirement. Food may not cost as much as you can do more cooking at home. On the other hand, if you have fine dining habits, you need to budget for that. Studies indicate that spending on food dropped significantly in retirement by anywhere from 5% to 17%.

The quantity and quality of the food retirees are eating is the same as when they were working, however, studies indicate. The decline in food costs is often believed to be caused by eating more at home and having more time to shop for better deals.

In analyzing how much you will spend in retirement, you have to consider your optional expenses: cruises, grandchildren’s tuition, kitchen renovations, and other luxuries.

Conventional retirement planning tools when calculating income projections often count retirement dreams-golf, cruises, dining out, boating or restoring antique cars as necessities. Most retirees need only 50% of their pre-retirement income to maintain themselves. That’s an important concept if you cut out other things than necessities.

Long term analysis, long term care, extremely longevity can throw retirees’ estimated income needs out of whack. The one thing people are not planning for are for shock events.

Rather than planning for higher spending, actuaries recommend delaying retirement by a few years or scaling back or gradually by creating a bigger cushion. However, many retirees who wanted to keep working longer were pressured to take buyouts or suffered health problems that forced them to retire in studies.

One writer on retirement named Michal Kitces has explored shocks in retirement and has found surprising conclusions. The idea he explored is called “Sequence Risk”: what happens if there is a long stock market slump just after you retire? After you retire and start drawing down on savings, it’s not just the long-term average rate of return that’s important. The order in which those returns arrive is of crucial importance. If you retire near the start of a bear market or even just along a period of mediocre returns, the effect of withdrawing dollars from a shrinking or stagnant portfolio is that you won’t have as much to gain from a rebound.

The general theory on returns is that over long stretches of time, periods of greater than ten years, there will most likely be average returns on stocks of 8% and 5% or so on bonds. If we have long periods of losses or stagnant returns before it all averages out the principal could erode from early use. Therefore, in order to maintain your lifestyle in a year where there are losses or lower returns, you may have to take out a greater sum of money than the percent you’re supposed to take out.

So how do we address Sequence Risk? One thought is to protect your savings by starting with a smaller stake in stocks and then gradually increasing your equity exposure. The idea is if you can get through the early years with your portfolio intact, you can still handle owning stocks later. This approach seems counter-intuitive and would be a difficult one for most of us to follow.

Another option that was suggested is to put a portion of your assets into an immediate annuity with a payout that covers your basic expenses over the early years; you can allow stocks to take a larger portion of the portfolio left over as their value increases. My own thought in addition to this is to buy a series of laddered bonds for the first ten year term of your retirement that will mature each year so that you can mostly live off of the bond’s proceeds coming due each year. That will largely protect you from this Sequence Risk.

Another wildcard is suppose you have to raise a grandchild or assist more with your children and grandchildren expected? 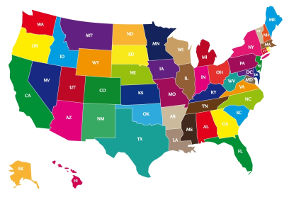 Property taxes, state and local taxes, and taxes on investments play a part in how much income you will need in retirement. They can vary significantly based on geography. Florida does not have any state income tax. In New York, with state pensions, the income is tax free and for private pensions, the first $20,000.00 is tax-free. There are tax friendly states for retirees but to determine which one is good is a tricky proposition. In one state, property tax rates may be low while income tax rates are high or vice-versa. Some states give retirees breaks on social security or pension income, while others do not.

Mortgage or no mortgage? One decision you will have to make is whether to have a mortgage in retirement or pay it off? That’s a personal decision in many cases. Additionally, if you have a mortgage and you want to lower your expenses, you can sell your house and pay off the mortgage and move to an apartment.

All in all, we will persevere and live to find a way to live well through our retirements. Do not worry too much about calculations, however, if you want to try to figure it out, some of these considerations are helpful.

All credit goes to Kelly Green of the Wall Street Journal for this article derived from her December 21, 2013 publication.

The information contained on this blog is not intended to be, and should not be construed as, a substitute for professional legal or financial advice.